More than a year after its release, the design firm Exception Perception has revealed unused versions of the end credits sequence for Avengers: Endgame. Marvel fans would recall that the sequence paid special tribute to the six original stars of the franchise, Robert Downey Jr, Chris Evans, Chris Hemsworth, Scarlett Johansson, Mark Ruffalo and Jeremy Renner.

The sequence in the film showed a brief montage of the actors’ journeys in the series, and juxtaposed their names with their signatures, while Alan Silvestri’s music played in the background. On its website, Exception Perception has written that “the title sequence had three distinct sections, the Crew, the Cast, and the ‘Hero 6’.” The description went on to explain, “It was important to everyone involved that each section should feel unique but part of a greater whole. They decided to use film footage in a progressive way, beginning with abstract light rays and becoming more distinct as the sequence goes on.” 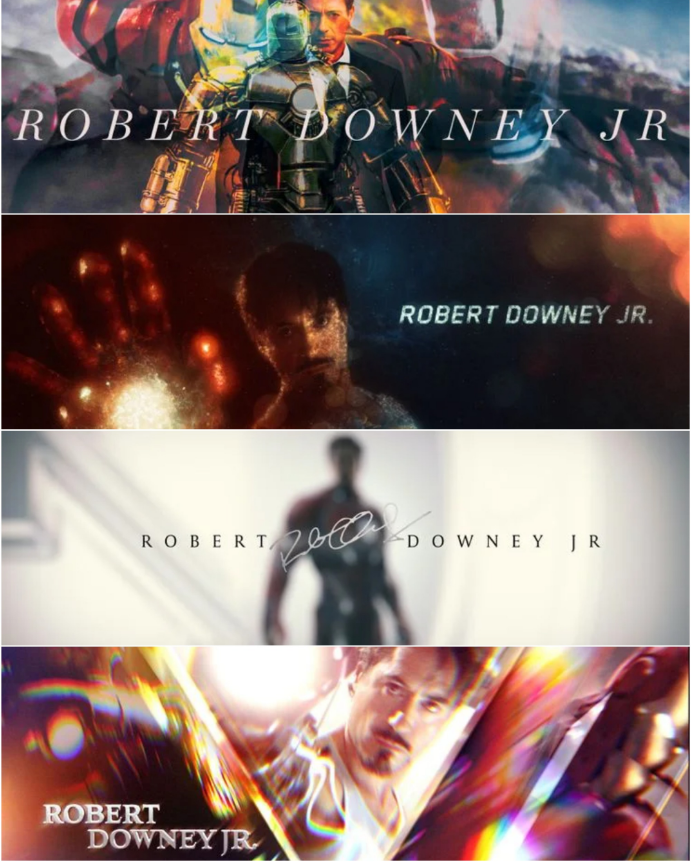 Perception’s Visual Effects Director Doug Appleton explained the mood in the studio as per the website, “Honestly, once the excitement died down, it was a bit intimidating. How do you end the movie that ends the story that started 22 movies ago? So, when we talked to Marvel Studios, and Kevin Feige had the idea to give this sequence a ‘curtain call’ kind of feel, everything just clicked into place.”

John LePore, Perception’s Chief Creative Director, said, “At the end of these films, fans aren’t starving for ‘motion design’—they just want more time with these characters. We took inspiration from the fandom in general, especially fan-made supercuts, and decided to make a sequence that celebrated the journey to get to this point.”

Avengers: Endgame concluded the decade-long arc of Downey’s Tony Stark, and saw him sacrifice his life at the end of the film to save the world and defeat Thanos.