Akshay Kumar has shared a new picture that shows him in three different avatars. In the picture, the actor is seen as a young man on the left, a jolly middle-aged man with a moustache at the centre and as a balding old man on the right.
Akshay shared the picture, presumably from an upcoming television commercial, on Instagram with the caption, “Ek se bhale do, do se bhale teen…Baap Re Baap, A Masaledaar entertainer coming your way soon. Watch out ! #BaapReBaap (Two is better than one, three is better than two).”

The fans of the actor were happy to see him in such diverse avatars. A fan reacted, “Triple role sir ji.” Another asked, “Aur ek nayi movie (one more new movie?)” One more fan commented to the picture, “bhaisaab saas to l lia kro itti movies ek saath (Brother, catch your breath, so many movies at the same time).” A similar comment read, “shaans to lo bhai (brother, please breathe).” One fan wrote in sarcasm, “Sir, theatre se baahr toh niklne do (Sir, atleast let us come out of the theatre).”

Akshay has his hands full with multiple films lined up for release in 2020 and 2021. The actor will begin this year with Rohit Shetty’s action film Sooryavanshi, lined up for release on March 27. He will then be seen as transgender in Laxmmi Bomb and features in a sari on the film’s poster. It is set to release on May 22. He also has a Diwali release this year — his period drama Prithviraj, in which he plays the title role. He will be seen alongside former Miss World Manushi Chhillar, who makes her Bollywood debut with the film. 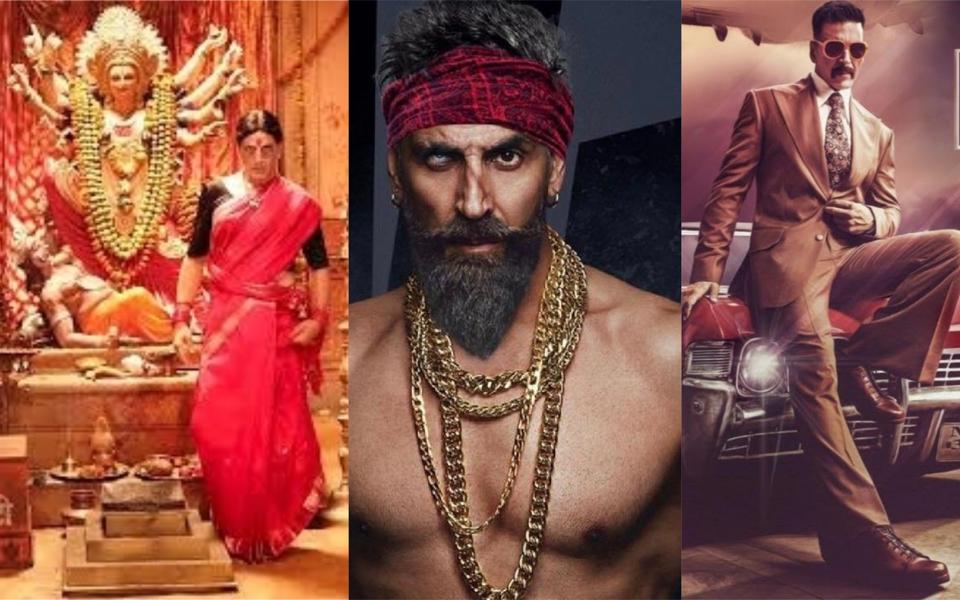 Akshay has already confirmed the release of two films next year. He has a never seen before avatar in Bachchan Pandey, the poster of which show him with a stone eye. Another is titled Bell Bottom and may release in February.

The actor is already riding high on the success of his four films in 2020. Al four of them — Kesari, Mission Mangal, Housefull 4 and Good Newwz had crossed the Rs 100 crore mark at the box office.