Miami Sharks faced Titans Cricket Club in their first match of US Open T-20 Cricket Tournament. Winning the toss, Miami Sharks chose to bat first. At a run-rate of 9.80, Miami Sharks managed 98 runs with the loss of 3 wickets in ten overs. The openers: Dunae Nuthanial and Prasenjiit Singh had a partnership of 33 runs off 20 balls but lost their wickets at a crucial stage. The middle order batsmen: Jay Singh (27 runs off 18 balls) and Amahl Nathanial (23 runs off 12 balls) built a much needed partnership for Miami Sharks and were unbeaten in the innings. However, a total target of 99 runs did not seem good enough for Miami Sharks to win the game as the Titans Cricket Club chased it in just 9.2 overs with the loss of 3 wickets. 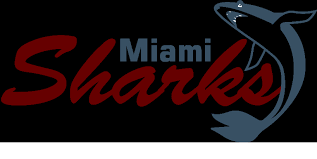 In their second match against Michigan CA, Miami Sharks lost the toss and had to bat first. The game was reduced to 10 overs due to the consistent rain showers hitting Florida. Batting first, Miami Sharks managed an impressive total in 10 overs, 141 runs with the loss of 5 wickets at a run-rate of 14.10. The opener: Dunae Nuthanial took the responsibility to lead the team from the front in batting, scoring 37 runs off just 12 deliveries with 5 massive sixes and 1 four. Even though the upper batting order collapsed after the dismissal of Dunae, the lower order batsmen managed to add some vital runs to help their team keep the score board ticking; as such, Navdeep Dhaliwal scored 47 off 24 deliveries at a strike rate of 195.83 with 5 huge sixes and 2 fours. He remained not out at 47. Amahl Nathaniel added 15 runs off 11 deliveries with a six and four in his innings. Moreover, Ferhan Ali added 12 runs off 6 deliveries at a strike rate of 200 with one six and a four as well.
In reply, Michigan CA openers started the chase in a commanding fashion as Nikhil Kanchan scored 53 off just 22 deliveries managing 5 sixes and 3 fours at a strike-rate of 240.91. Ankit Vora scored 36 off 21 deliveries with 4 fours and 1 six at a strike-rate of 171.43. Even though the openers had set up a good platform for the new batsmen to carry on the chase, the middle order and lower order completely collapsed which led to Miami Sharks winning the game by 21 runs. For Miami Sharks, Baljiinder Singh did the most damage with the ball as he clinched 4 wickets in just 3 overs spell, giving away 12 runs at an economy rate of 4.00.
In the third match, Miami Sharks faced Houston Stars, a star studded team with highly experienced cricketers from all around the world. Miami Sharks won the toss and chose to field first and managed to restrict Houston Stars to 116 with the loss of 5 wickets in 10 overs at a run-rate of 11.60. However, the target of 117 ended up being difficult to chase by Miami Sharks as they collapsed to 69 runs and lost 9 wickets in 10 overs at a run-rate of 6.90. For Houston Stars, Rameez Raja Junior scored 14 runs off 10 deliveries, Syed Adeel scored 23 runs off 13 deliveries, Hammad Azam added 34 runs off 14 deliveries, M Farrukh added 21 runs off 13 deliveries and Umar Gul added 9 off 8 deliveries. All of the Miami Sharks bowlers were too expensive as they managed the minimum economy rate of 8.00 and maximum 22.00.
For Miami Sharks, Samih Sadiq managed 28 runs off 13 deliveries whereas all other batsmen could not cross double figures. Clearly, Houston Stars bowlers managed to keep Miami Sharks batsmen blocked from playing their shots as they managed a minimum economy of 3.50 and maximum 11.50. Unfortunately, losing this game knocked Miami Sharks out of the tournament.