HARTFORD/CT – USA: Former Pakistan batsman Shoaib Mohammed has lauded the efforts of cricket administrator Mahammad Qureshi in building cricket in America. Mohammed made the comment during the zoom induction ceremony hosted by the US Cricket Hall of Fame in Harford Connecticut, USA.

The son of the legendary Hanif Mohammed was one of 12 persons inducted into the US Cricket Hall of Fame by the organization. Speaking during his induction he said: “I really appreciate being part of this family now and my entire family is proud. I remember coming to Central Broward in 2007 to play cricket in America and I think that is where it started in terms of international players coming into America to play the sport and help build this game. “I think for this we owe a lot to MAQ Qureshi for what he has done. He is a very busy businessman and still has found the time and resources to put into cricket. He has done this through his great passion for the sport and some many have benefited from his efforts.

He is the one who is responsible for bringing foreign players into the country to help build the cricket and over the years we have seen the improvement in the cricket in America. MAQ has done great work and we must applaud his efforts. “Another standout former cricket who was also inducted into the Hall of Fame was the stylish right-handed indian batsman Dilip Vensarkar. 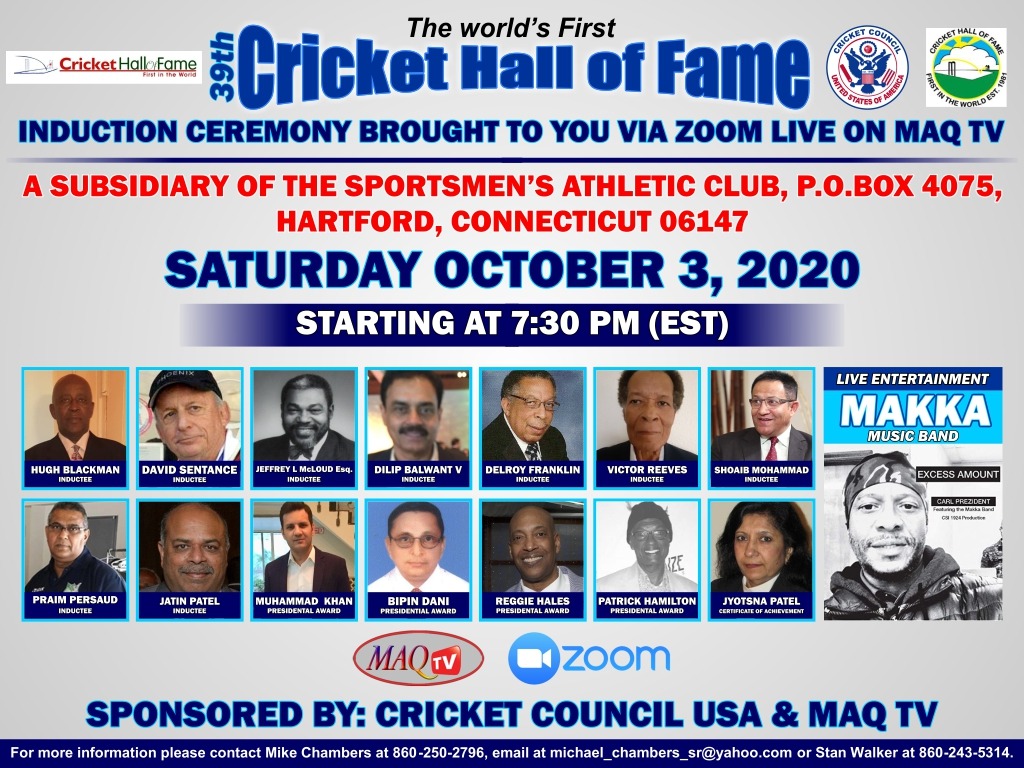 He said, “I am privileged to be part of the excellent list of inductees.” Vengsarkar, 64, now joins an august group of India cricketers, which includes Syed Abid Ali, Sunil Gavaskar, Bhagwat Chandrasekhar, Gundappa Viswanath, Chetan Chauhan, Ajit Wadekar, and Farokh Engineer all of whom have been inducted previously into the Hall of Fame. The Cricket Hall of Fame is a non-profit organization, established in 1981, dedicated to the cost-sharing development and support of heroes (Honorees and Inductees), who have contributed to the game of cricket over the years and who, in the true spirit of the game, have been also engaged in development activities in their local communities. While reflecting on his career,  the 64-year-old Vengsarkar, who is an Arjuna Award winner and Padma Shri, vividly spoke of the his era from 1976-1992 with his journey starting from Port-of-Spain in Trinidad where he made his debut in Test cricket. Having played 116 Test matches, he scored 6868 runs with 17 centuries. “I have thoroughly enjoyed my journey”, said Vengsarkar, who runs three cricket academies (two in Mumbai and one in Pune).