BOCA RATON/FL -USA: As if he has not done enough for the development of cricket in the United States, Mahammad Qureshi has continued his goodwill by opening up his private cricket ground, the Maq Cricket Stadium in Boca to the public free of charge.

The successful businessman who is also chairman of Cricket Council USA (CCUSA) is calling on all cricket enthusiasts to show up at the facility to play the game and train at the nets all free of charge. Whilst other venues use their facilities to make money, Qureshi is using his to help athletes better their game to get into the US national team. 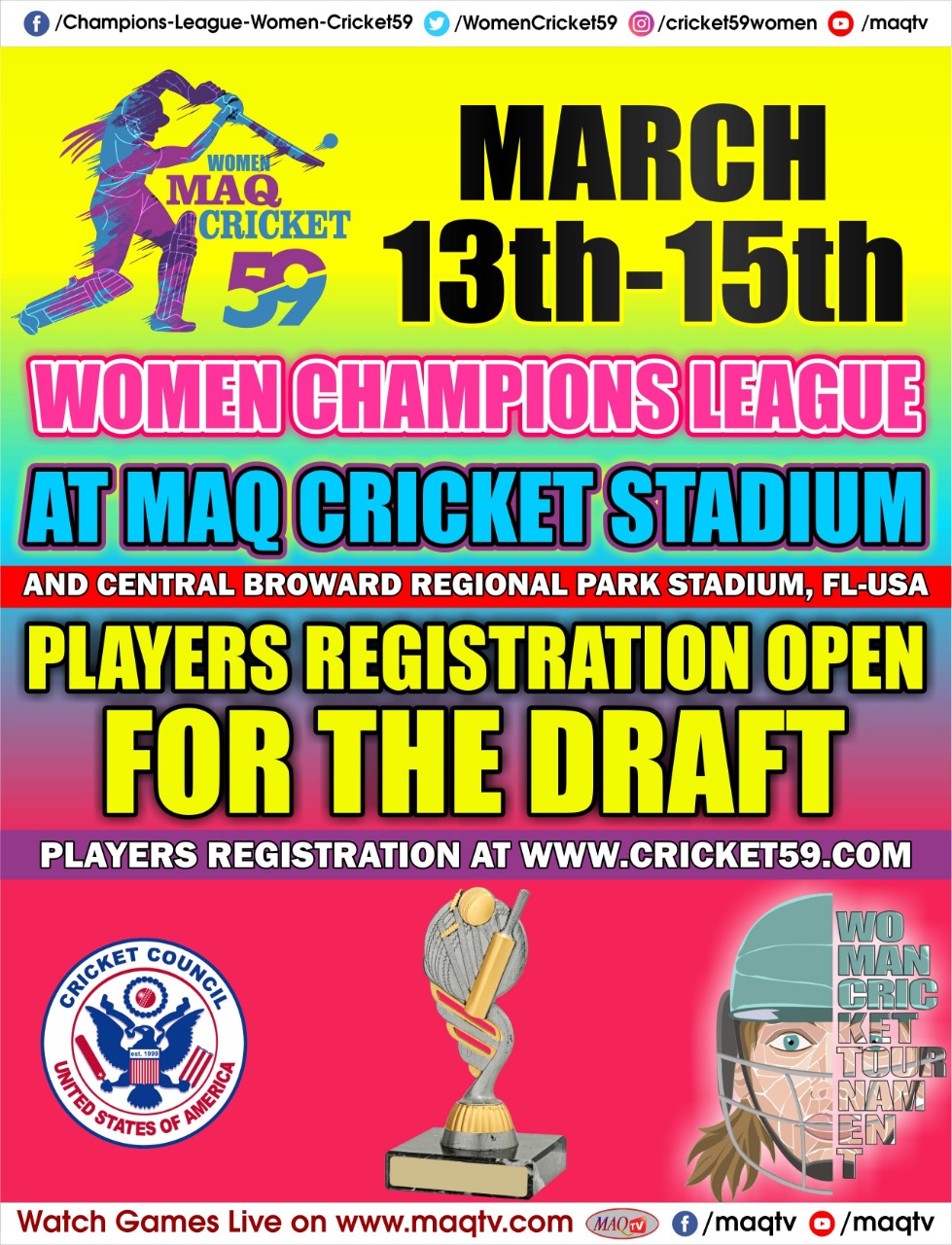 This is just one in a long line of initiatives that Qureshi has brought to the table to help cricket in America. He has spent over $27M in the development of cricket through various projects. The popular US Open T20 is hosted by CCUSA and bank rolled by Qureshi. This tournament which carries cash prizes in the region of $100,000 has been played over the last 11 years. Prior to this he played the first ever T20 match here at Dania Beach, bringing in a number of stars from around the world to take part.

In addition to the US Open T20, Qureshi has also staged the US Nationals Maq T10 over the last two years and sponsors other major tournaments like the Chicago Cup. Recently he has brought on the very popular Maq Cricket59 tournament which was played in St. Maarten for the first instance and is now being played at the Maq Stadium on weekends. This format is expected to go from state to state until it catches all regions and brings more players to the park, all the benefit of US cricket.