he PSL schedule 2019 features 34 T20 matches to be played between six franchises. The Pakistan Super League 2019 edition, PSL 2019, is scheduled to take place from February 14th 2019 to March 17 2019. The tournament, which is officially labeled as ‘HBL PSL 2019’ and formally referred to as ‘PSL 4’, would kick off with the PSL opening ceremony being held in the UAE on February 14th. 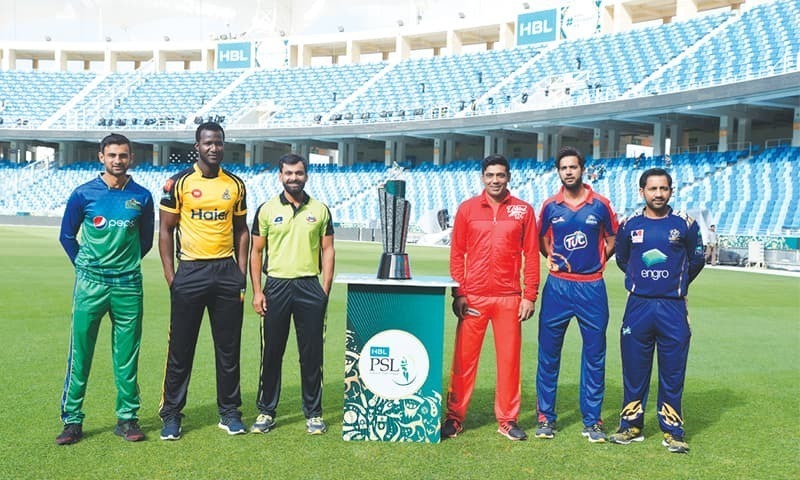 The Pakistan Cricket Board had successfully arranged matches in UAE and Pakistan in the last edition of PSL.

The league’s concluding stage would take place in Lahore and Karachi with the final match set to be played in the National Stadium, Karachi.

CHECK OUT: PSL Squads for all teams

The fourth edition of Pakistan’s premier cricket tournament would see six teamscompeting with each other for the esteemed trophy that has been won twice by Islamabad United and once by Peshawar Zalmi.

The sixth team has been acquired by Ali Tareen and the Multan consortium after the previous owners, Schon Group, ended their contract with the PSL.

The PSL 4 opening game will be played on 14th February between Islamabad United and Lahore Qalandars in Dubai.

February 14, 2019: The tournament kicks off in Dubai with the opening ceremony and the first match featuring defending champions Islamabad United who will take on Lahore Qalandars. It would be a cracker since Qalandars are expected to be fan favorites with A B Devilliers in their ranks.

March 7, 2019: The tournament moves to Pakistan for its final leg. Both Karachi and Lahore would play two matches each in front of their home crowds.

PSL 4 Schedule for all PSL Teams