The 2014 US Open Cricket took place in Miami and was won by team US Tigers. It turned out to be a highly entertaining and intense T-20 tournament played in North America. In total, 20 teams participated in the tournament. The tournament had players from various countries like Sri Lanka, England, New Zealand, Pakistan, India and the Caribbean. The prize money for the tournament was USD 100,000.

On the success of CCUSA’s efforts in promoting T-20 cricket in the US, MAQ commented the following exclusively to Khaleej Times:
“Our efforts and hard work are paying dividends as lots of teams want to participate in this tournament. “Over 145 teams applied to take part in the tournament but due to the lack of playing fields we selected only 32. We are planning to increase clay pitches from three to 10 next year. Quality cricket was played over four days and the best team (US Tigers) went away with top honours.”
MAQ added: “There are plans afoot to make this tournament more attractive from next year. We are going to increase prize money and team finishing 8th will get $1000 next year. The next edition will be held from December (3-6) in 2015.” MAQ said: “We want to develop the game in the region because cricket has got a huge following among the expats in North America.” 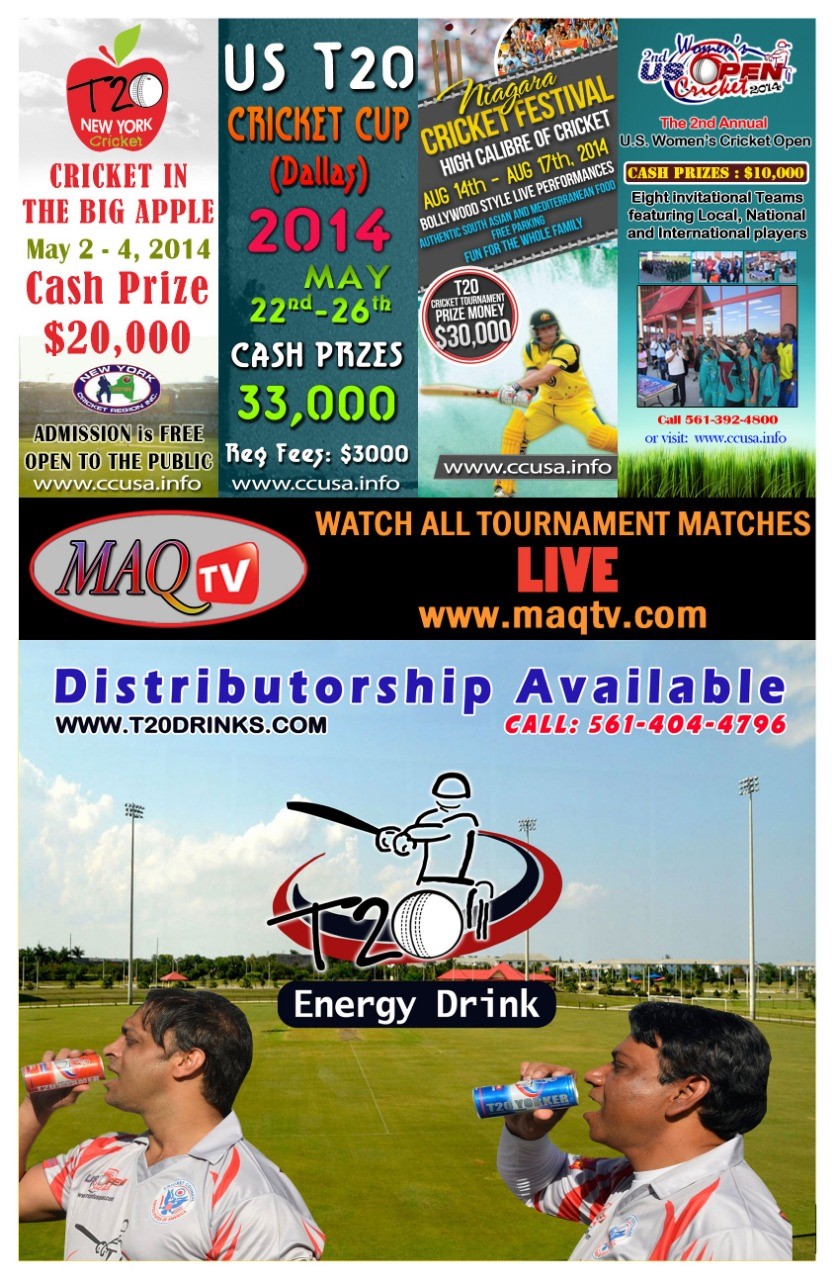 Other than this, the quickest bowler in the world: Shoaib Akhtar from Pakistan supported CCUSA’s T20 original energy drink; whereas, 2014 US Open also had global players as participants particularly Shabbir Ahmed from Pakistan.