MANCHESTER: England has without a doubt the most powerful batting line up at the World Cup and this was underlined yesterday when they took a record-breaking victory over Afghanistan at Old Trafford in Manchester.
Skipper Eoin Morgan led the mayhem with a superb 148 off just 71 balls as a number of records tumbled on the day. His efforts put his team in a position to force an emphatic 150-run win over Afghanistan.
Firstly, he struck 17 sixes the most by a batsman in an ODI inning and this together with 90 from Jonny Bairstow and 88 from Joe Root, took England to a massive 398 for six off their allotted 50 overs. 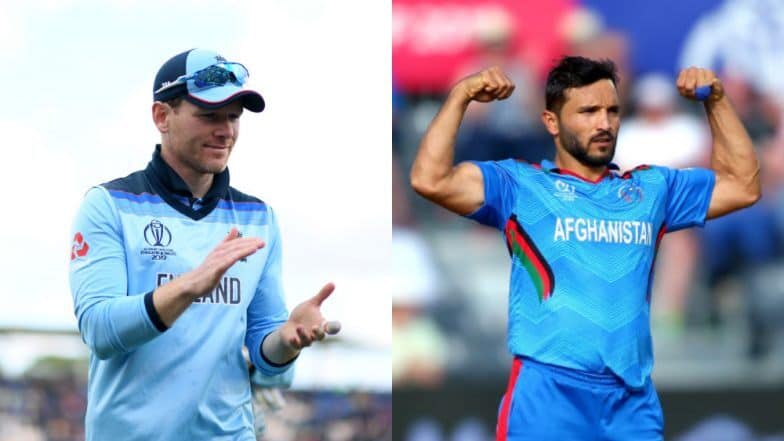 This represented their highest ever World Cup score and also the highest score in an ODI at Manchester.
Having won the toss and opted to bat first the hosts were set on their way by 90 off 99 balls from opener Bairstow and Root’s 88 from 82 balls.
This set the tone for their skipper to come in and smash the bowling to all parts of the ground. His 17 maximums surpassed the record of 16 jointly-held by India’s Rohit Sharma, South Africa’s AB de Villiers and the West Indies’ Chris Gayle.
Morgan’s 17 boundary-clearing strokes may have done most of the work but his teammates also chipped in to help England set the record for the most team maximums in an ODI.
Bairstow hammered three, Root struck one and Moeen Ali clubbed four in just nine balls as part of his scintillating 31-run cameo to give the hosts 25 in total.
They beat their own previous record of 24 – set against the West Indies earlier this year – and for context, 25 is three more than they have ever scored in an entire single ICC Men’s Cricket World Cup campaign before.
Afghanistan didn’t embarrass themselves with the willow and finished on 247/8 off their 50 overs. They got 76 from Hashmatullah Shahidi, 46 from Rahmat Shah, 44 came in the form of Asghar Afghan and 37 from skipper Gulbadin Naib.
Pacer Jofra Archer was again the pick of the English bowlers with 3/52, while leg-spinner Rashid Khan took 3/66 and quickie Mark Wood 2/40.