Cricket Council USA (CCUSA) member Sharaz Najam was inducted into the 2019 US Cricket Hall of Fame on Saturday night at a gala event hosted by the association at Anjum’s in Queens Village New York.

Najam who is president of Midwest Cricket Council (MCC) was a popular choice among the Hall of Fame for the work he has done in developing cricket in the Chicago region. The Pakistani-born businessman was very happy to be bestowed the honor and said it was a tremendous privilege. “I am truly humbled to be inducted into the Cricket Hall of Fame tonight. Let me tell you that I don’t think I deserve this award but if you guys see it fit to have me in the Hall of Fame in really appreciate it.

“I am all about developing the cricket in the United States and Chicago in particular. We have a lot of work to do still in taking the game forward and after this induction I will restart my innings on zero, as I continue to be a servant of cricket.

“I love this game and I have devoted so much to it. I want to thank my family for putting up with me all this time in terms of missing weekends with them as I was either playing or administrating cricket. Imagine when my first child was about to be born the doctors told my wife that they would like to induce labour on the Sunday. I asked if it could not be done on the Monday, as I had a game of cricket to play. 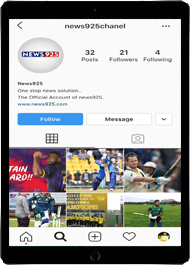 “I made a duck in the game but I played which was important and lo and behold by son Mahad was born on the Monday at 11.22am. Such is the love and dedication I have for this game.” Najam was also high in praise of CCUSA chairman Mahammad Qureshi saying: “I owe a lot to Mr. Maq Qureshi in terms of my pathway in cricket. I met him in 2009 and since then we have been very close in terms of promoting cricket and working for the betterment of the sport. He is a champion when it comes to his devotion and dedication to the sport and I have learnt so much from him.”