BOCA RATON/FL – USA: Cricket Council USA (CCUSA) will host the inaugural President’s Cup in Tampa, Florida on February 13 and 14.
This was revealed by the chairman of CCUSA Mahammad Qureshi who said that a deal has been struck with cricket officials in Tampa led by Mahalad Prahlad Madabushi. 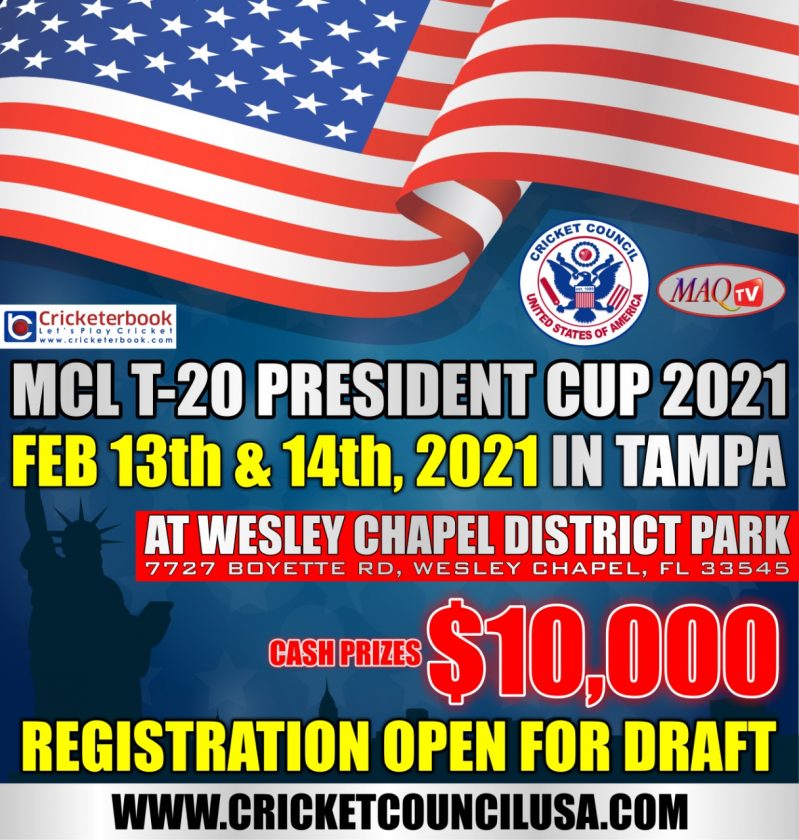 The tournament will see four teams battling for the first prize of $10,000 and all matches will be carried ‘live’ on MaqTv. Speaking to News925 Qureshi said: “We have been in talks with Prahlad and there is a new ground in Tampa where the matches will be played. We will have some of the best players in the US taking part in this tournament and it will be the first time that we are hosting this tournament in Tampa.
“We invite all players to make themselves available to get into the teams, so that they get another chance to showcase themselves to the world. This is another unique opportunity for them to be seen by millions of fans because as was noticed at the US Open T20 we had millions locked in to Maqtv taking in the action.”