December 18, 2019 marked an exciting occasion for CCUSA as the organization celebrated its 20 years anniversary with a banquet dinner featuring VIP guests. The event was held at the Double Tree, Hilton Hotel in Fort Lauderdale. Interestingly, the following day CCUSA kicked off with the 11th edition of its highly renowned US Open T-20 cricket tournament officially sanctioned by the ICC and attended by Mr. Andrew, the anticorruption officer at the ICC.

The evening started with the vocals of highly talented singer: Bianca Sperduti who entertained the audience with the national anthem; this was followed by a presentation highlighting the achievements of CCUSA over the past 20 years.  The program was further graced by Afzal Ahmad Qureshi a.k.a AJ, son of MAQ and Sofian Qamar, Vice President Operations.  CCUSA acknowledged a number of vital people with recognition certificates; 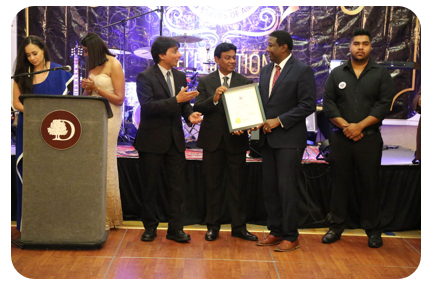 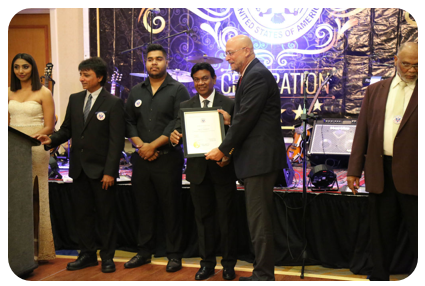 CCUSA further lauded the key people who have contributed immensely to its success, namely:

The occasion also featured key notes by Vinod Mamchan, Zishawn Qureshi the son of MAQ; Zishawn is the captain of US All Stars team. He was the youngest player to play US Open in 2008. He is also one of the few players who have played in every single US Open since its inception. Zishawn also participated in CPL representing “Guyana Amazon Warriors” and    Global T20 Premier League as part of “Toronto Nationals”, Mohammad Amin Markati, and MAQ finished the speeches with their words about CCUSA’s accomplishments and thank you note to all.

More importantly, in line with its vision to promote cricket all over USA, CCUSA also had a fundraiser as part of the banquet to help schools in Florida with vital resources to coach kids and eventually grow the game of cricket. 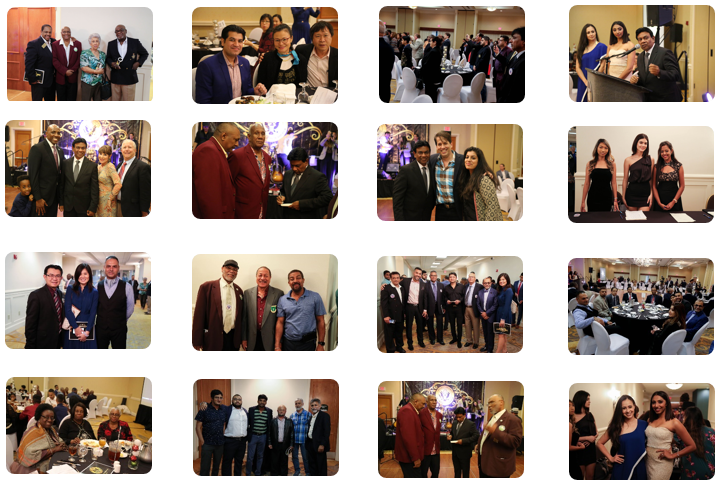