MARGATE/FL – USA: Eight teams will take part in the 2020 US Open T20 tournament and the names of the teams were revealed on Saturday by Cricket Council USA (CCUSA).
The eight teams taking part will be the US All Stars, Faisalabad Falcons, Afghan Zwanan CC, Atlanta Param Veers, SAMP Army, Brampton Pacers, Punjab Blue, and 22 Yards CC.
Chairman and founder of CCUSA, Mahammad Qureshi explained that due to the Covid 19 pandemic the tournament will only cater to eight teams. “We had a total of 109 teams registering for the tournament but due to Covid 19 we have decided on just eight teams taking part in the tournament.” 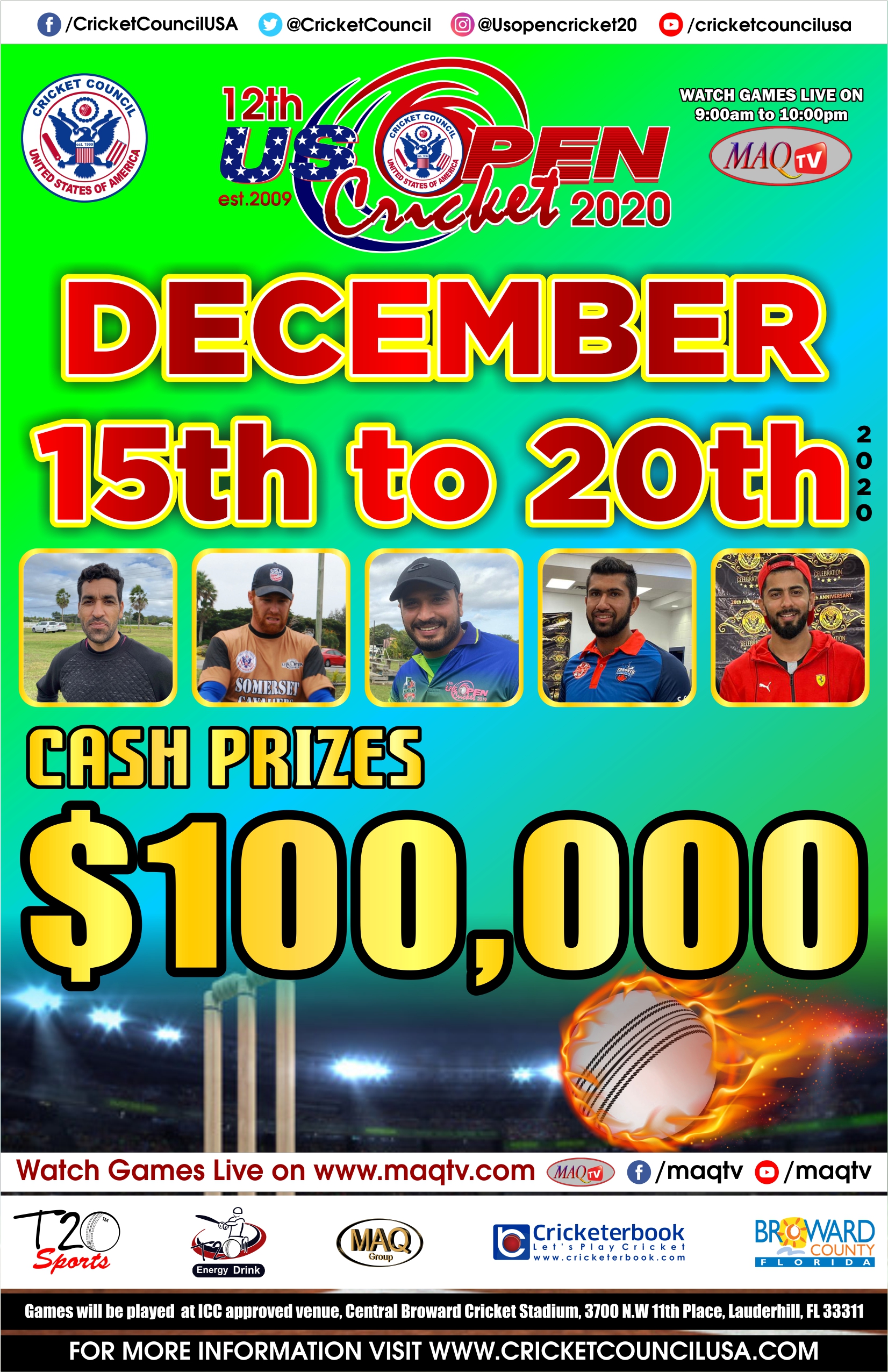 Qureshi explained that the CCUSA board met on Friday and decided on the teams that will take part this year. “We had a board meeting on Friday and the members decided that for this year it will be a ‘first come, first served’ situation. So what we have was done is that the teams that paid up their registration first were the ones selected to make up the eight teams that will take part.”
The business magnate said should any of the eight teams pull out there is provision for other teams to come in. “If an unfortunate situation comes up whereby one of the eight teams cannot take part, then we will go to the list and bring on board the next team.”
He added: “We wish to have all teams on board but this is a different time and we have to be responsible and abide by the Covid 19 protocols. All matches will be played inside the stadium at Central Broward and hence we can accommodate only a certain number of teams.
“Hopefully things go back to normal next year and we can bring back a bigger number of teams to participate in the tournament.” Normally matches at the US Open T20 are played inside the Central Broward Stadium, the outside grounds at the stadium, Brian Piccolo Park, and the Maq Stadium.
Qureshi continued: “We have to abide by all the Covid 19 protocols and Broward County has already sent in a list of requirements which we intend to meet. Our tournament committee has been hard at work putting everything in place and the eight teams will be briefed on their responsibilities as far as the Covid 19 protocols are concerned.”