It is understood that Kolkata Knight Riders will rope in USA’s 29-year-old fast bowler Ali Khan – pending IPL approval – as a replacement for the English seamer Harry Gurney. Gurney is scheduled to have surgery related to a shoulder injury, and has pulled out of both the IPL and England’s Vitality Blast last month. Khan’s signing will make him the first USA player to feature in the IPL. 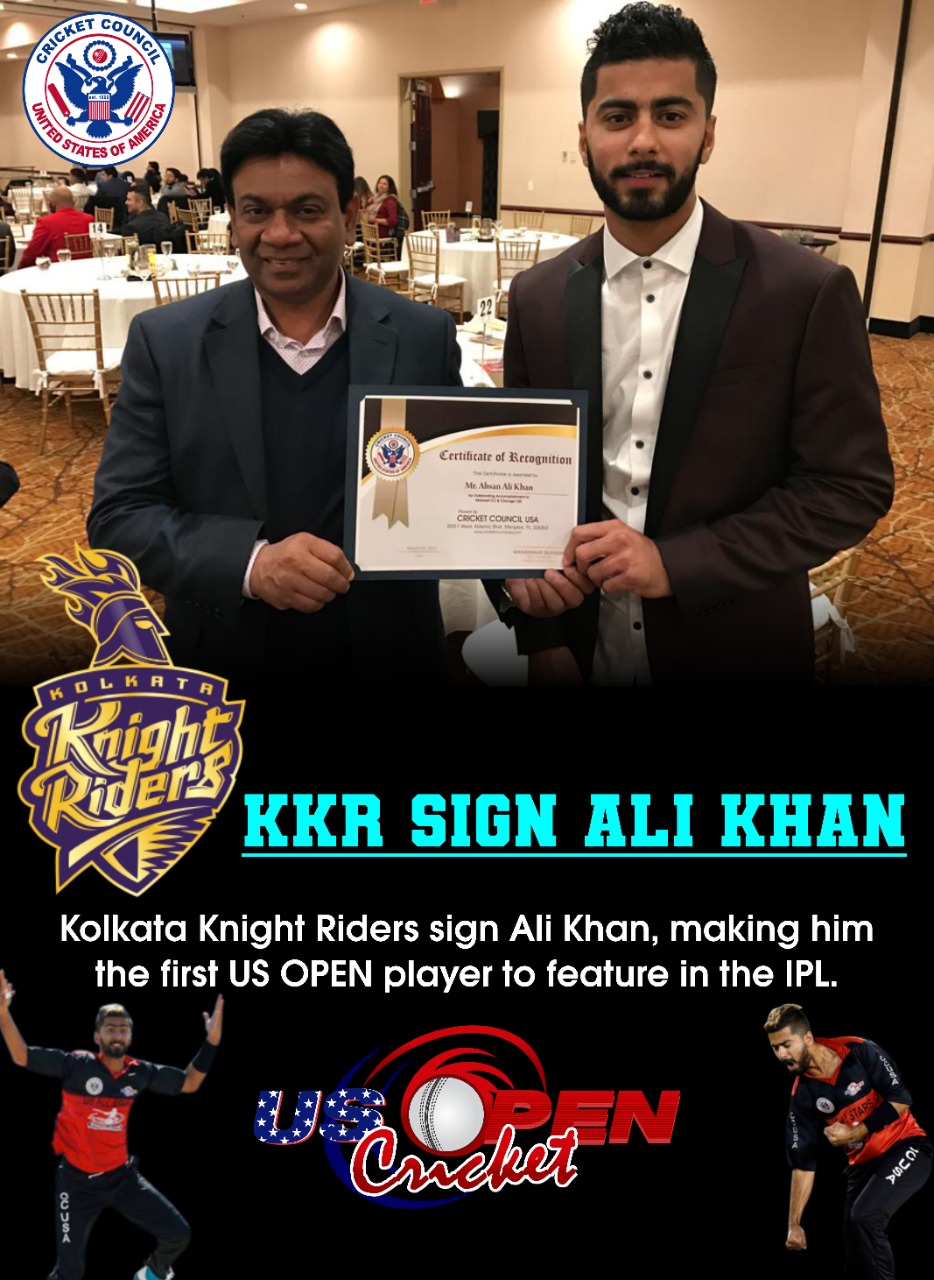 He will come in on the back of a season with the Trinbago Knight Riders – the CPL franchise with the same parent company as KKR – in which they won all 12 matches to seal the title. He was seen on an Instagram stories post by the Trinbago and Chennai Super Kings allrounder Dwayne Bravo, shot inside a plane, with the caption “next stop Dubai”.

Khan has been among the best fast bowlers in the CPL, and among the best performers over the last three years, which has earned him contracts in T20 leagues around the world. He was on KKR’s radar as a standby player last season as well. This CPL season, he took eight wickets in eight matches with an economy rate of 7.43.

Khan hits speeds of more than 140kph and often bowls in the slog overs, and is known, in particular, for having a good yorker. Among his most noted performances are a 49th over effort against Namibia in 2019, when he took three wickets to derail a chase that had come down to 14 off 12, to keep USA’s hunt for ODI status alive. He was also Man of the Match in USA’s first win over Kenya in 2018.

His big break on the T20-league stage came in 2018, after he was spotted by the then Trinbago captain Bravo at the Global T20 Canada. Bravo brought him to the CPL, and in that debut season Khan took 16 wickets in 12 matches, the second-most among fast bowlers across teams. Since then, he has had stints in the Bangladesh Premier League and the Pakistan Super League as well.

Khan aside, Knight Riders’ overseas contingent includes batsmen Eoin Morgan and Tom Banton, allrounder Andre Russell, spinners (and pinch-hitter) Sunil Narine and Chris Green, and pacers Pat Cummins and Lockie Ferguson. Morgan, Russell, Narine and Cummins are expected to be the first-choice players for the four overseas slots in the XI, at least to begin the tournament.