Two legspinners. Both with a whiff of mystery. Both capable of attacking as well as defending. Both from countries without Test status. Both waiting their turn in the opening week of this year’s GT20. And both making the most of their first two chances.

Hayden Walsh Jr., born in the US Virgin Islands, raised in Antigua and now playing for the USA national team, is 27.

Here they are in Brampton, bowling to some of the best batsmen in the world, batsmen who are trying to slam them to all parts of a ground, where, as Sandeep says, “mishits are going for six”. Here they are, trying to cope with the breeze blowing across the CAA Centre, and trying to ensure that it is them, and not the batsmen, who exploit the conditions to the fullest.

Sandeep’s two games for the Toronto Nationals have brought two wickets and cost of 72 runs. That may not sound impressive but consider that, in his very first over of the tournament, the Scotland batsman George Munsey blasted him for 24 runs – which included five reverse-sweeps. “I didn’t do anything wrong with those deliveries,” Sandeep says on reflection. “It’s really hard to reverse-sweep every ball but George did it five times in that over. And that was during the Power Play. After the Power Play, he didn’t try and hit that shot again because the fielders were out of the circle.” 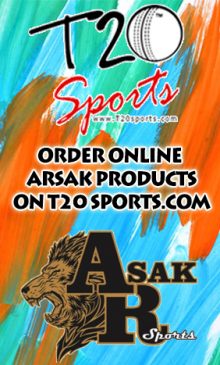 Walsh Jr’s first two games for the Vancouver Knights have brought five wickets and cost 49. Three among these victims have been: a set Jimmy Neesham – holing out to midwicket; Andre Fletcher – beaten in flight, chipping to cover; and set Lendl Simmons – beaten with a delightful googly. When Walsh Jr. was brought in to bowl on Sunday, Brampton Wolves were 45 for 2 in six overs. When he finished his four-over spell, they were 86 for 6 after 13 overs. Each wicket put a brake on the scoring. His accuracy, in turn, brought on more wickets. It was riveting to watch the slow turn of the screw.

This tournament has been kind to legspinners. Ish Sodhi has thrown it up, often outside off stump, and batsmen have fallen to his bounce and drift. Shadab Khan has beaten many – including his own wicketkeeper, Anshuman Rath – with his variations. Shahid Afridi and Fawad Ahmed have had good days. In this formidable field, Walsh Jr. has held his own. He also admits that he has learnt aplenty from speaking to some of these bowlers, during this tournament.

“Mostly I try to deceive the batsman in flight and skid it on with little extra pace. My action is a little different from Ish and Shadab. I try and dip the ball a little bit more. I’m a quicker bowler. If the batsman hits it you, can’t do much about it. Backing yourself to bowl the best ball is the key here. The big lesson for me is to just be myself. I speak to other legspinners and take some pointers from them but I must use whatever works for me.”

Sandeep too comes across as a keen observer. “I was watching Yuvraj bowl yesterday,” he says, “and I was feeling, maybe I should bowl a bit slower. These players have the experience of playing for 15 or 20 years. They have played domestic cricket for so long. There is so much to learn here. And improve day by day.”

Before every Toronto Nationals game, Twitter is abuzz about Sandeep’s possible selection. In games when he hasn’t played, some have expressed their disappointment. When he has been selected, fans have announced their plans to stay up till the wee hours to watch him bowl. “That’s the expectation of our well-wishers,” Sandeep says, when asked about what it all means. “People back home want to see us performing every time. Once or twice if you fail to perform, they will criticize us. But there’s a lot of love hiding in that criticism as well. So that’s the best motivation for me.”

Fifteen years ago, a cricketer from USA or one from Nepal would have had no chance to test himself against the best in the world. There was no tournament where fans wearing Nepal jerseys – and waving the Nepal flag – could sit alongside a group chanting “U.S.A U.S.A”. Cricket fans in Nepal weren’t staying awake into the death of the night to watch their hero bowl in a tournament several continents away. And fans of cricket in the USA weren’t heralding the arrival of a potential superstar.

Sandeep and Walsh Jr. are the sort of cricketers who should inspire you each time they take the field. The fact that we can watch them – and savor their exceptional skills – tells us how far the game has traveled. And tells us how much further the game can go.