MARGATE/FL – USA: Captain of the US All Stars/Falcons/Smart Choice set up at the US Open T20 scored 175 runs on the opening day of trials for the tournament that took place at the Maq Cricket Stadium in Delray Beach, Florida on Saturday.
Qureshi who has been in standout form this season continued to impress with the willow as he hammered all bowlers at the picturesque venue alongside the I95.
For daily news updates please join our WhatsApp Group: https://chat.whatsapp.com/EOZzrH7nrzZ852CKBk83LI
He batted with brute confidence and sent an ominous sign to bowlers with the US Open T20 approaching on December 15 at the Central Broward Regional Park in Fort Lauderdale.
Playing a 30-over affair for the Maq Stars against the visiting Warriors team, Qureshi slapped 82 not out in the first innings as his team battled to 177/1 off their 15 overs. He slapped six sixes in his epic knock that took the fight away from the opponents. Also lending great support to Qureshi was Naser Khan who made 53 not out. 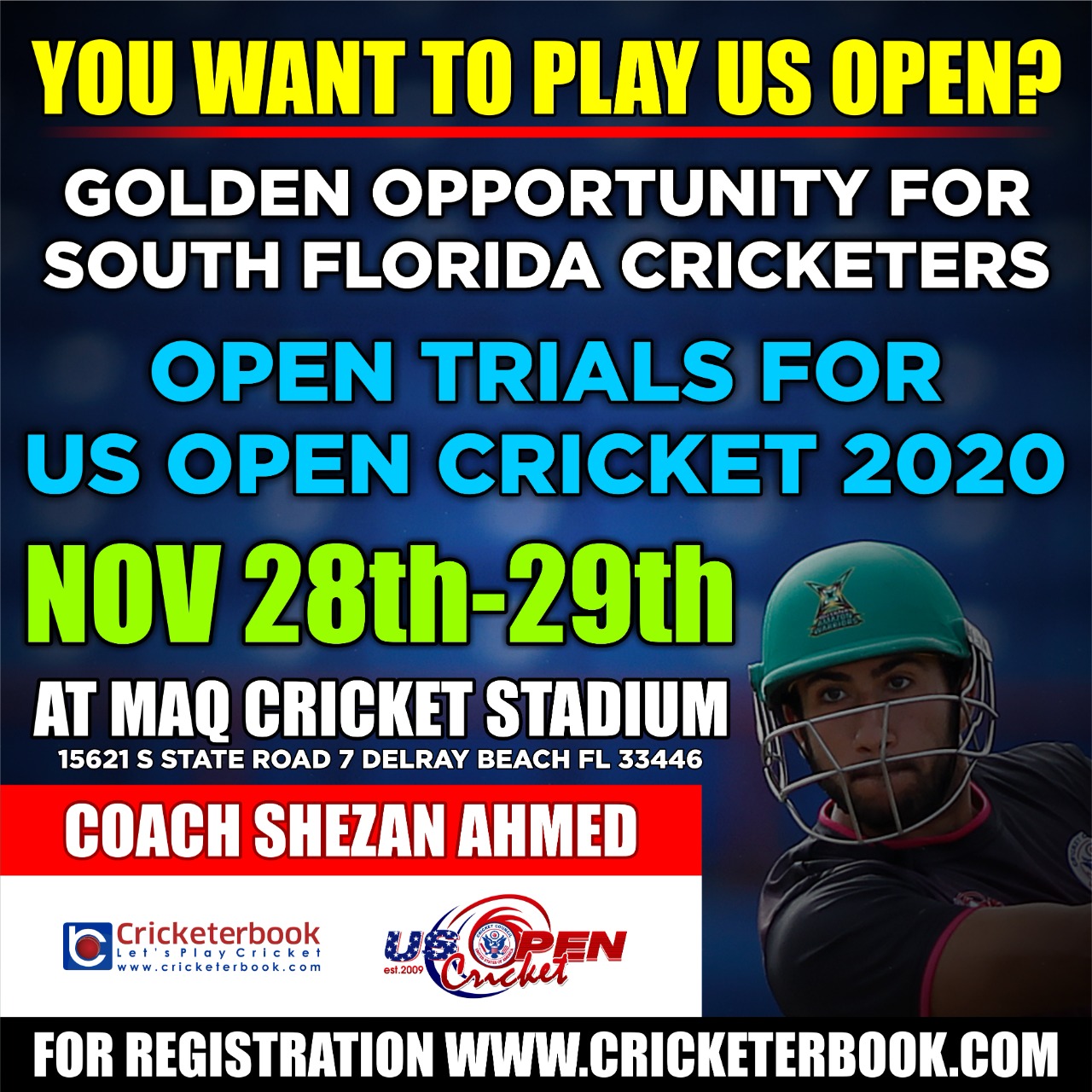 Warriors in response made 173 in their first innings falling short by just four runs. Among the runs were J Palmer with a scorching 90 not out and D Africa with 56 not out.
Batting a second time, Maq Stars made 189/4 with Qureshi hitting a whirlwind 93 that included eight maximums. It meant that he tallied a total of 175 runs in the match.
Chasing 194 runs to win the match, Warriors made 119/4 off their final 15 overs, to lose the match by 74 runs. Qureshi took the first wicket as well to start the good bowling effort by his team.