Five days after his 28th birthday in December 2018, Ali Khan was sitting on the front steps of a Florida mansion known as the Cricketplex Resort, sobbing. Minutes earlier, Khan and three friends – Maq Qureshi, Shawn Qureshi, and former Pakistan Test batsman Faisal Iqbal – had been watching the IPL auction on a giant plasma screen with climactic excitement.

After waking up at 5am for the auction coverage from Jaipur, Khan and his pals had waited more than four hours for the moment his name would be put up. It only took another 29 seconds for the auctioneer to turn Khan’s dream into a nightmare, slamming down his gavel to shout, “Unsold!” 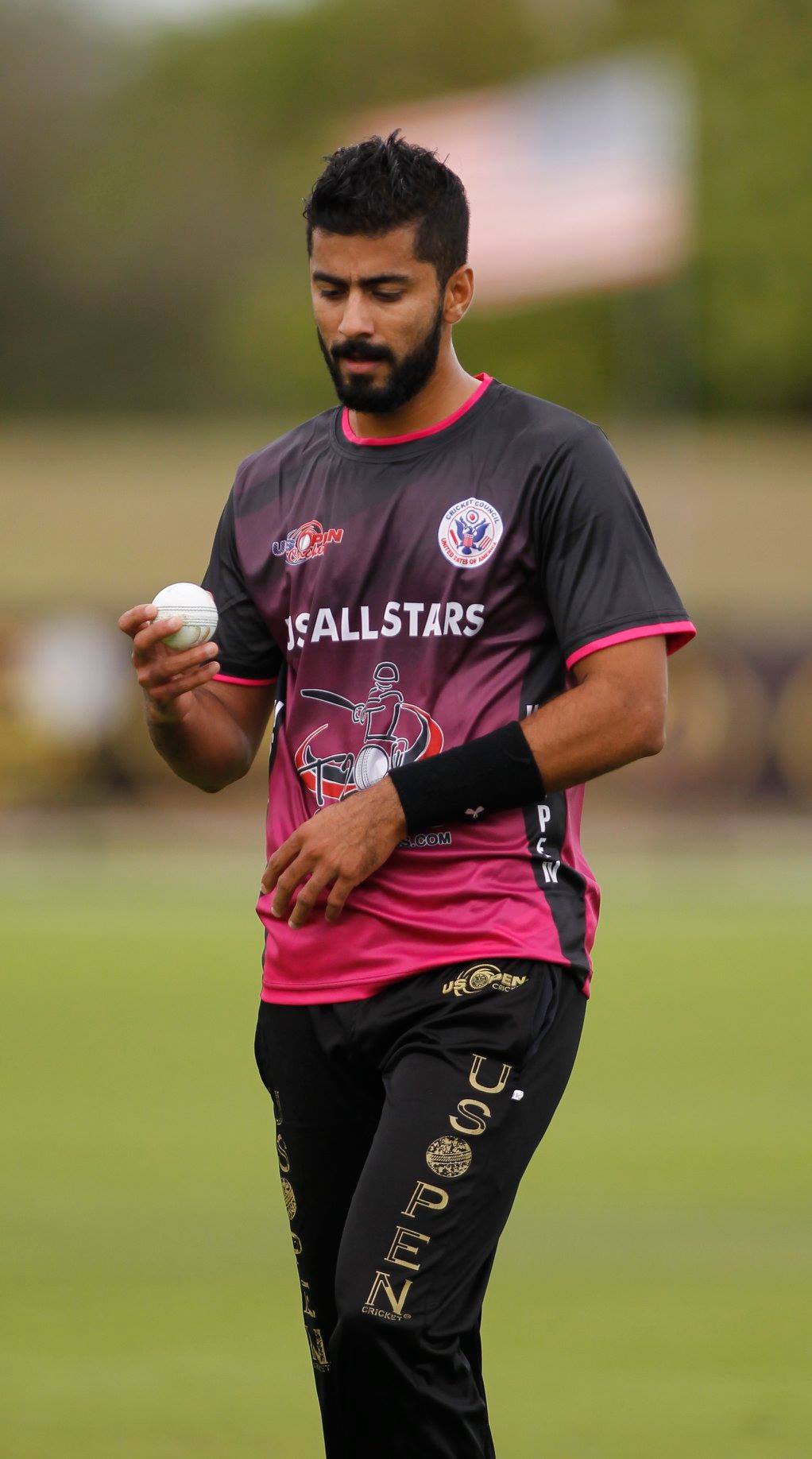 An IPL roster spot that moments before had felt so close suddenly turned as distant as the 8420 miles separating Boca Raton and Rajasthan.

“That day I was very upset and I just couldn’t watch it anymore,” Khan says. “That’s why I just stepped out. I thought that was the closest I could ever get to the IPL.”

Maq Qureshi, a close confidant of Khan, tried to find a silver lining. “This isn’t the end,” he told Khan as the latter left to head back home, to Ohio. “It’s just the beginning. You have to stay positive.”

Qureshi is the proprietor of the Cricketplex Resort but is better known in US cricket circles for being the founder of the US Open T20 cricket tournament, held in Florida every December, as well as the US All-Stars team that plays in the event.

Khan had been playing in the team since 2013, but it was at the 2017 event that Qureshi roped Dwayne Bravo in to play for the US All-Stars. The sight of Khan slinging down yorker after yorker convinced Bravo to draft him in at the Winnipeg Hawks in the 2018 Global T20 Canada, and then to recommend him to the Trinbago Knight Riders (TKR) management as a replacement for Ronsford Beaton in the Caribbean Premier League (CPL).

Khan became an indispensable part of TKR, taking 16 wickets in a title-winning campaign. He had initially arrived in the CPL in 2016 with the Guyana Amazon Warriors, but only played once during a two-year stint. He had nearly given up on his professional cricket aspirations when Bravo’s intervention came about.

This past week, Khan lifted his second CPL title in three years with TKR. After missing the previous four matches with a right hamstring strain, Khan had returned to the starting XI and taken 1 for 10 in two overs including a maiden as the Knight Riders stormed into the CPL playoffs. On the eve of their semi-final showdown with the Jamaica Tallawahs, everyone in the Knight Riders squad gathered for a team dinner in Port-of-Spain.

“As soon as everyone sat in their seats, [Knight Riders coach] Brendon McCullum welcomed everyone to dinner and then he said, ‘A man from USA will be joining us in Kolkata Knight Riders. I want to take this opportunity to announce that…’ 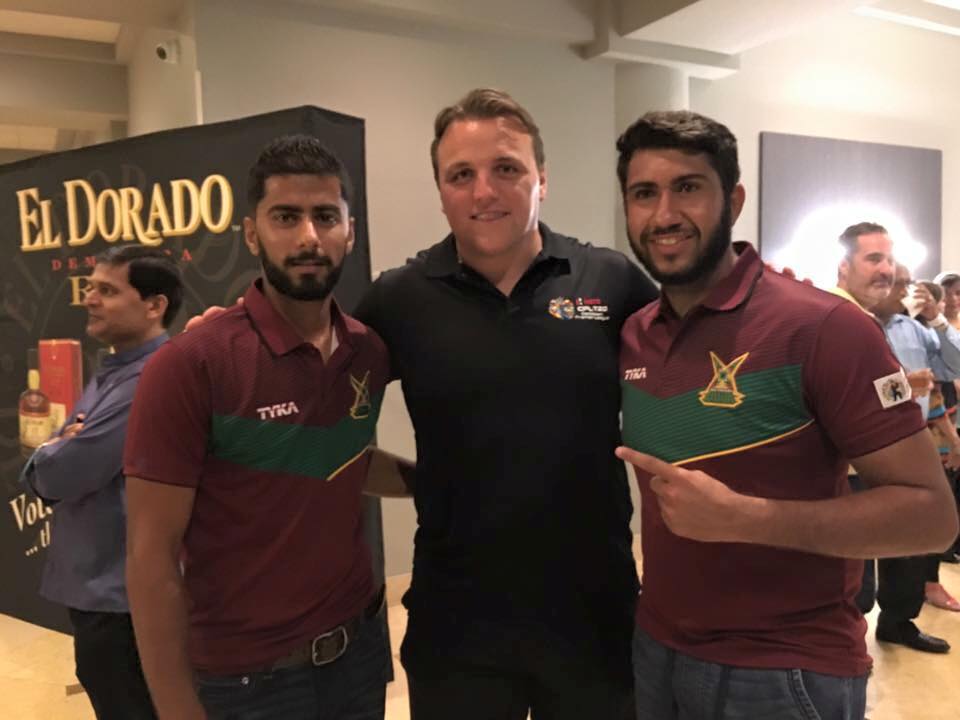 “As soon as he said that, I was just like, ‘Is this real?’ DJ Bravo was sitting next to me and then he hugged me. I started crying because it was so emotional. It’s something you dream about and then all of a sudden you hear it in your ears that this actually happened. I was very emotional and I was very happy. Everyone came and congratulated me. We had dinner and Baz gave me a big hug and said, ‘You deserve it.’ I said, ‘Thank you, Baz. I will not let you down.'”

From tears of sadness to tears of joy, Khan is living the American Dream. It was five years ago this month that he arrived in Indianapolis, Indiana from Dayton, Ohio as an uncapped, unheralded, unknown prospect – literally referred to simply as “#19” and “#64”, the numbers of the generic jerseys he was given to wear by coaches who had never seen him – at a trial organised by the ICC Americas development office. They were looking to come up with a squad of 15 Associate players to represent the region in the West Indies Regional Super50 tournament. That would in turn become a further audition for six players to become rookie-slot draft picks in the 2016 CPL.

The odds were stacked heavily against Khan, with dozens of players who had already represented USA, Canada and Bermuda in the fray. He had never played organised hard-ball cricket before moving to the USA with his family as a teenager from Fateh Jang, near Attock in Pakistan’s Punjab province. But from early on in the 2015 trial, Khan stood out for his ability to consistently bowl accurate yorkers – from a slingy action honed through formative years spent playing tape-ball cricket in Fateh Jang – ones that were clocked as high as 146kph in the 2020 CPL final. 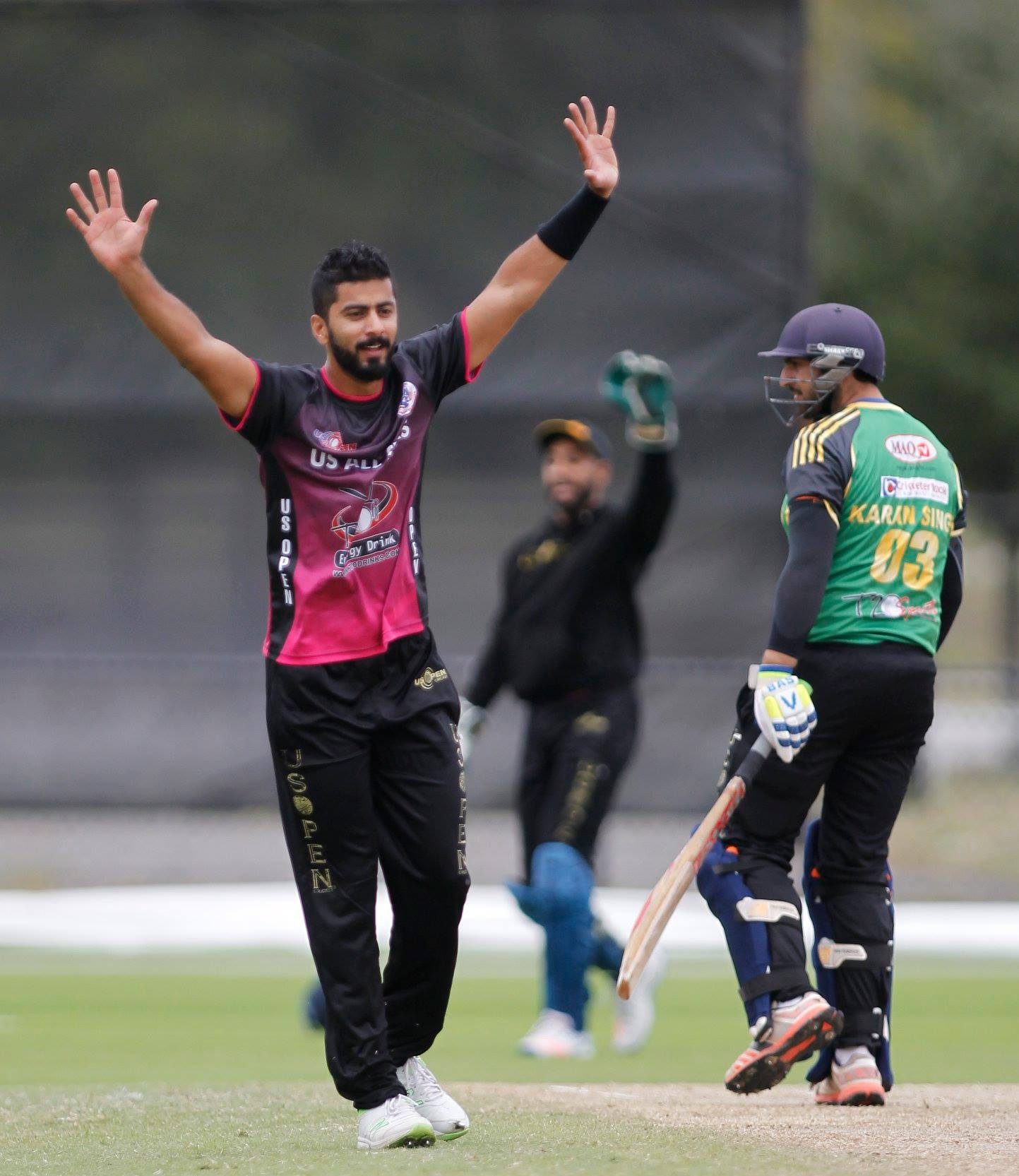 “How could you not want him on your club?” Young asked the other talent evaluators. “And he can bowl. Now, you know, he tries. But he’s got some skill.”

Besides TKR staff, one of the first people Khan went to have a chat with in his CPL bio-bubble after he heard he would be in the KKR side was Walsh, who served as the bowling coach for the St Kitts and Nevis Patriots.

“He was on the same floor as me, just a couple rooms down,” Khan said of Walsh. “I was like, ‘Coach, if you wouldn’t have picked us at that time in Indianapolis, we wouldn’t be here today.’ He was like, ‘I just see the talent. That’s my job, to pass it on.’ When I got injured [before the knockouts], he asked about my leg. When I played again, he said, ‘It’s good to see you back playing. Keep working hard.'”