In line with its vision to develop cricket in the US, CCUSA organized the Youth US Open Cricket 2019 from 21st to 23rd December, 2019. The total number of teams participating in the tournament were 4 in U-17 category and 5 in U-15 category; namely Ontario Greens U-17, Kumar Rampat Cricket Academy U-17, Ontario Reds U-17, Presentation College U-17, Central Zonal Council U-15, AK Cricket Academy U-15, Woodland Cricket Club U-15, Guyana Floodlight U-15.

For the U-15 category, woodland cricket club U-15 (WCC) faced Central Zonal Council U-15 (CZC) in the first semi-final of the Youth US Open Cricket 2019. The match spanned over 20 overs and the toss was won by the Central Zonal U15s who chose to field first. The decision turned out to be strategically effective as CZC restricted WCC to 110 for the loss of 6 wickets in 20 overs. CZC chased the target in 16.1 overs with the loss of no wicket.

For WCC, Alex and Andrew both contributed with 26 and 27 runs, respectively. The other batters couldn’t manage an impressive knock. CZC conceded a number of extras including 13 byes, 1 leg byes and 1 no ball whereas their bowling chart was overall economical, except Rajeev Ramnath who managed an economy rate of 7.67 in 3 overs giving away 23 runs.

On the other hand, CZC’s openers started the chase in a commanding fashion, making a partnership of over 94 runs; WCC conceded 18 leg byes that proved to be pricey for them as CZC chased the total easily without any loss of wicket.

The second semi-final was played between Presentation College U-15 and Guyana Floodlight U-15. Guyana Floodlight won the toss and chose to bowl first. They successfully restricted Presentation College to 74 for the loss of 6 wickets in 20 overs. The total did not seem like a challenge for Guyana as they chased down the target in 14.2 overs with a run rate of 5.51. For Presentation College’s innings, Khaleem Mohammed added a modest 19 off 17 runs whereas Nickyle Jalm was the only other batter except for Amar Chan (10 runs off 14 balls) who scored in double figures, adding 30 off 37 runs, whereas the rest of the batting order could not put up an impressive show.

The final match of Youth US Open Cricket 2019 was a clash between Guyana floodlight U-15 and Central Zonal Council U-15. Guyana won the toss and chose to field first. They managed a modest target of 85 runs in 20 overs with the loss of 5 wickets. Their upper batting order collapsed which shifted some responsibility to the middle order batsmen who managed 38 runs off 36 balls, Rajeev Ramnath, and Raul Ali who added 15 runs off 15 balls to make a much needed partnership. Whereas, this low scoring final turned out to be a spectacular event of cricket as Guyana exhibited impressive showdown of competitive cricket as CZC proved out to be fired up in the fielding and bowling departments. And unexpectedly, CZC team bowled out Guyana for 79 runs in 19.2 overs, clinching the title by 5 runs.

For KRCA, the upper order comprised of Anderson Mahase who scored 19 runs off 14 balls, Aaron Bankay proved to be brilliant again by scored 49 not out on 46 balls and Ackeem Auguste supported him well by pulling off a knock of 33 runs on just 30 balls. For Ontario Greens, Jeevanand Navindra managed to score double figures by adding 16 runs on 21 balls with a four and six. To their disappointment, no other batsman managed to cross double figures

The final was played between Ontario Reds and Kumar Rampat Cricket Academy. Ontario Reds won the toss and chose to field first. Kumar Rampat Cricket Academy (KRCA) successfully set up a target of 158 runs with the loss of 5 wickets in 20 overs with an impressive run-rate of 7.90. Majorly, Aaron Bankay scored 68 runs off 55 balls and exhibited great sense of match awareness and played with a solid technique. Additionally, Ackeem Auguste added 61 runs off just 41 balls with classic 4 fours and 2 massive sixes. The rest of the batting order only managed some staggering numbers. Jash Himansu, Kairav Sharma, Omar Hamza and Mohit Kumar turned out to be very expensive for Ontario Reds, conceding many runs.

For the chase, Ontario Reds only managed to reach 109 and lost all their wickets in 17.5 overs. The openers were the light of hope for Ontario Reds, with Jash Himansu scoring 23 runs off 22 balls and Sahil Badin adding 17 runs off 11 balls. They were supported by Ethan Jordan Gibson who scored an impressive 43 off 36 balls and managed to take the team closer to the finish line until KRCA proved too brilliant for Ontario Reds and eventually clinched the title. 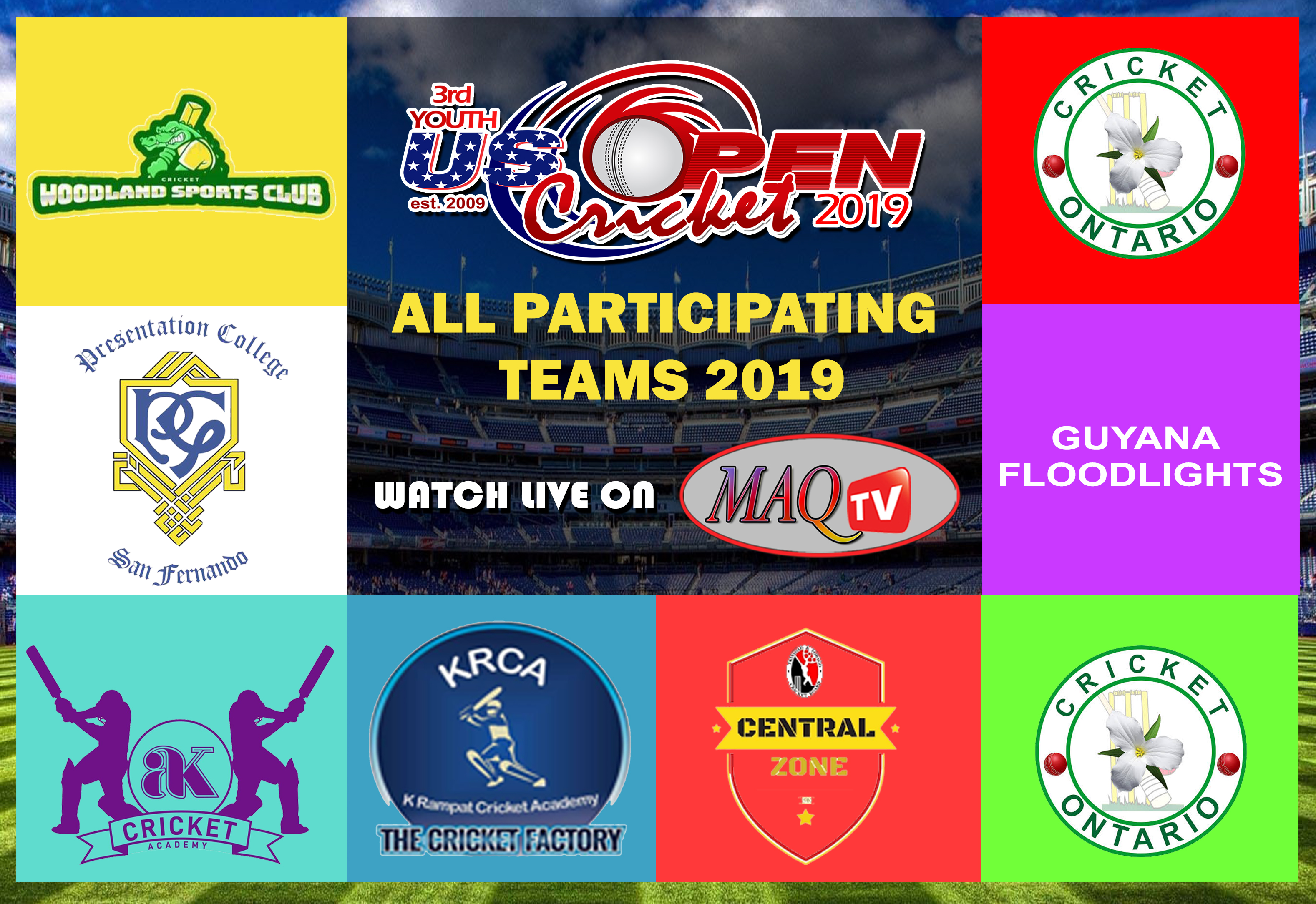 Despite the alarming rain showers hitting Florida every now and then, overall, the Youth US Open Cricket 2019 tournament proved to be an entertaining tournament with high quality youngsters competing against each other. CCUSA successfully staged an amazing tournament that was broadcasted live on its media platforms especially its own produced: MAQ TV that has almost 60 million viewers worldwide. With the showcased talent, the future of cricket seems bright in the US with CCUSA’s continuous efforts to develop the game by staging such exciting tournaments.