BOCA RATON/FL – USA: Cricket Council USA (CCUSA) has appointed a new project manager for regional development in the form of the experienced Vishwa Gaddamanugu.
This was announced on Friday morning by chairman and CEO of CCUSA, Mahammad Qureshi. CCUSA is the umbrella body for eight cricket regions in the US and chairman Qureshi wants to ensure that cricket continues to grow in all the regions.
Speaking to 925 News Qureshi said: “We have decided to appoint Vishwa Gaddamanugu as our project manager for regional development in our eight regions. We have had good work in South East Florida as well as Midwest under Shiraz Najam and we want to continue building the game in the other regions as well.

“We have been looking to make an appointment for a while but took our time because we wanted a solid individual to take up the position. We have decided to go with Vishwa who has tremendous experience in cricket administration. We think given his vast experience he will be a great addition to the team, as we bid to take cricket forward in this country.
“With the Covid 19 pandemic cricket has been pushed back in many regions and he will have his work cut out in terms of getting this up and going. Of course, we will be here to guide the process and give him all the support that he needs. He will be charged with the responsibility of getting tournaments going in these regions as well.”
Vishwa comes in with greatly varied experience as he has managed and successfully developed Data IO’s flagship products as
Device Data Manager, Backup Manager, and File Analytics. Worked directly with Vice President of Engineering to recognize and identify potential areas for future business expansion in the cloud.
He currently heads his company’s core revenue-generating project with continued success generating millions in sales and renewals. 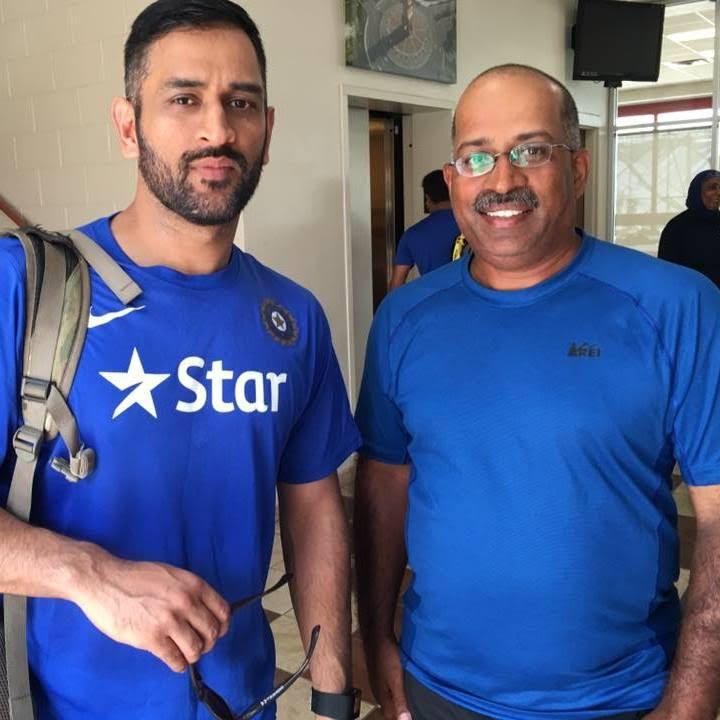 On the cricket side, he has over 20 years of cricket club organization,
management & playing in USA & India. For over 10 years he served as North West Regional Selector, Pacific Region Director CCUSA, Marketing Director 2015 Cricket All Stars.
He has also delved into coaching and has been involved in this for around 14 years.
In terms of community service, Vishwa has been the president and Board Member of the largest Hindu Temple in Seattle for four years. During his time at the helm, he has conducted a lot of successful events (sports, music & cultural) in the Seattle area. Conducted several tournaments (fundraisers for charity based organizations as well some with prize money for a good/noble cause).
He was also part of the core team that worked on the backend systems for Cricinfo in its formative days and worked until it went commercial in 1998. Also conducted tournaments in the Seattle area from 2006 onwards. Started the Cricket league to conduct prize money tournaments. Identified and mentored several players on the pathway to national cricket in the North West Region.
Vishwa has also found the time to run a very successful hard tennis ball league ARCL, which now boasts of having 3500 active players in Seattle. Worked with all the cricketers & administrators in the North West Region (Seattle (NWCL, ARCL), Portland (OCL) and Northern California (NCCA, BACA, SCA, CCL, CCA), Los Angeles (SCCA) & Vancouver, BC  (BCMCL)) at a personal as well as professional level.
“Founder of Northwest Kids Cricket – a Kids/Youth cricket training  academy in 2007. It was renamed to Get Set Go Cricket Academy in 2010 & further renamed to TotallyIn2Cricket in 2013. Had the
privilege to get some former international players – Ricardo Powell, Mervyn Dillon, Robin Singh, Dinesh Mongia, Sreekumar Nair and Chetan Mankad to come to Seattle and train during various phases.”
Taking cricket to local schools for the past 14 years. Introduced cricket every year in several schools in the Seattle area – Evergreen Middle School, Bellevue International High School, Redmond Junior High School & Skyline Middle School.