Stewart the hero as Somerset cops US Open title

Former Trinidad and Tobago Red Force player Navin Stewart turned in a man of the match performance to lead his team Somerset Cavaliers to the 2019 US Open T20 title at the Central Broward Regional Stadium in Lauderdale.

Stewart grabbed 3/11 to restrict the Atlanta Fire to 103/8 batting first. Top scoring for Atlanta Fire was former West Indies player Ricardo Powell who made 24. Also among the runs for them were Antain Steph 23 and Raunaq Sharma 22.
In addition to Stewart, Syed Najafshah the captain was also good in taking 2/20 off his four-over allotment.
Defending 103 was always going to be a tough challenge and the game was taken away from them by two CPL players in the form of Chandrapaul Hemraj of the Guyana Amazon Warriors and Kennar Lewis of the Jamaica Tallawahs. Lewis was quick off the blocks rushing to his half century of 32 balls with three sixes and six four fours. Hemraj struck a six to win the match and remain unbeaten on 53 off 29 balls with five sixes and three fours.
The victory was achieved at 109/0 off 10.1 overs. Stewart who won the man of the match title in 2018 when the California Bears took the title again ran away with the top award.
For their efforts the Cavaliers pocketed US$50,000. 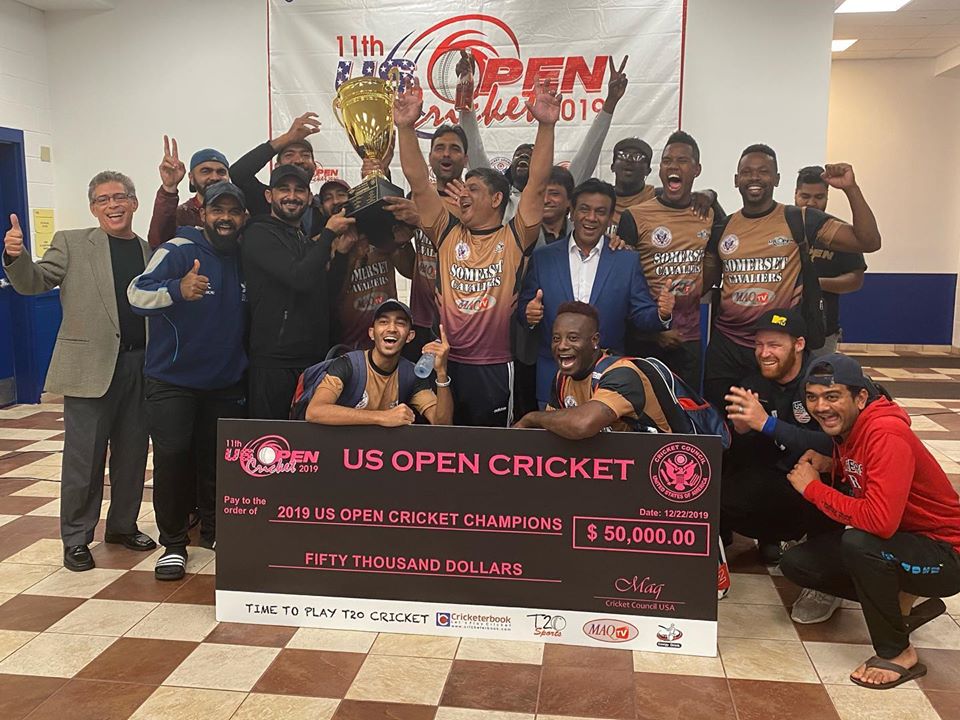