Test batting rankings after Virat Kohli’s golden duck in the West Indies ended the India captain’s reign at the top. Smith has overtaken Kohli following the India star’s second innings flop during their 257-run win against the West Indies in the second Test in Jamaica. Having made 76 in the first innings, Kohli edged his first ball from Kemar Roach in the second innings to the wicket-keeper.

That allowed Smith, who missed the third Test defeat against England at Headingley due to concussion, to open up a one-point lead over Kohli in the rankings. Smith has a chance to consolidate his position when he returns to the Australia line-up for the fourth Ashes Test against England, starting at Old Trafford on Wednesday. The 30-year-old has recovered after being hit on the head by England’s Jofra Archer during the second Test at Lord’s.

Smith was top of the batting rankings between December 2015 and August 2018, but surrendered pole position during his one-year suspension from Test cricket.The batsman, then Australia’s captain, was banned for his part in a sandpaper ball-tampering scandal along with vice-captain David Warner and Cameron Bancroft. Smith is back in form after making two centuries in the first Test against England and hitting 92 in the second Test, giving him an average of 63.24 in five-day cricket. 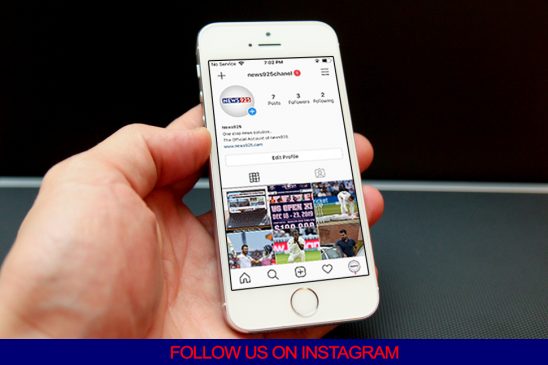 After three Tests this year, Kohli is yet to add to his 25 Test hundreds. Kohli’s next chance to challenge Smith will be in the Test series against South Africa, starting in October. With Pat Cummins top of the bowling rankings since February, Australia currently have the leading Test player with both bat and ball.