The Toronto Nationals’ 35-run win over Montreal Tigers was a complete team effort. All eleven players had a role to play in a victory that ensured a place in the playoffs.

To make matters interesting, the XI was as global as it gets.

Here’s a brief summary of what happened:

St Vincent-born Rodrigo Thomas – who is now settled in Canada – made an entertaining 70 with five fours and five meaty sixes.

Partnering him at the top of the order was Delhi born Chirag Suri – who now plays his cricket for UAE. Chirag was aggressive from ball one, smacking two fours and a six before falling for a 7-ball 16.

At No. 3 was Funchal, Portugal-born Australian allrounder Moises Henriques, who captained the side in place of the injured Yuvraj Singh. Henriques chipped in with 14 runs and two catches – the second of which was a magnificent grab, running back and diving, to seal the win.

Walking in at No. 4, Pretoria-born Heinrich Klaasen. He bludgeoned four fours and four sixes in his 34-ball 64 and propelled Toronto Nationals towards a competitive total. He was also awarded the Man of the Match after the game.

At No. 5 – yes, we are not making this up – Manpreet Singh Gony. Born in Roopnagar in Punjab, Gony came into the spotlight as a medium-pacer. But over the years, he turned into a handy biffer lower down the order and even played a match-winning hand earlier in this tournament. Today he made 17, which included two sixes and a four, and launched the team to a total of 189. 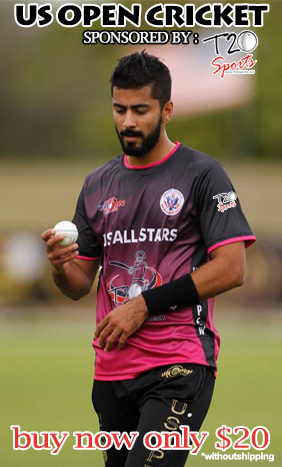 Opening the bowling alongside Gony was Durban-born Australian offspinner Chris Green. He has slipped under the radar through the tournament but his wicket-tally now stands at 10: which is just one short of the table-leader Ish Sodhi. Green’s three wickets were just reward for his control and change of pace. And two of those catches were taken by the Canadian cricketer Ravinderpal Singh.

Coming in at first change, Jeremy Gordon, man who was born in Stanley Town, Guyana and now lives and plays his cricket in Canada. Gordon has had both good and off days with his medium-pace but he is one of those bowlers who always looks like he may get a wicket. Gordon had some close appeals in his first two overs today. He was rewarded with two wickets at the end of the game and boy, did he enjoy celebrating them.

Complementing Gordon’s medium-pace was the left-arm pace of Mitchell McClenaghan. Born in Hawke’s Bay, New Zealand, Mitch Savage – as he calls himself on Twitter – has had a quiet tournament so far. Today he picked up two early wickets to peg Montreal Tigers back. And then returned at the end to wrap up the game.

To complement the offspinner Green, Toronto Nationals had two other spin options in their attack for this game: the left-arm spin of Multan-born Salman Nazar – who know lives and plays his cricket in Canada. And the legspin (or mystery spin) of Syngja, Nepal-born Sandeep Lamichhane. Salman took the wicket of Matthew Cross, who was set on 39 and ready to attack. Lamichhane claimed the wicket of Scott Kuggleijn, a ball after he had been smashed for a big six.

Eleven cricketers. From eleven different parts of the world. Combing for a victory in the GT20. Bring on the playoffs.