Rilee Rossouw smashed the fastest century in HBL Pakistan Super League to set up a 30-run win over Quetta Gladiators on Saturday.

The home side survived a scare from Quetta opener Shane Watson, who threatened to surmount the steep chase in his belligerent 41-ball 80. Watson’s dismissal off Imran Tahir’s bowling eventually paved the way for the Gladiators’ collapse as they stuttered to 169-7 in 20 overs. 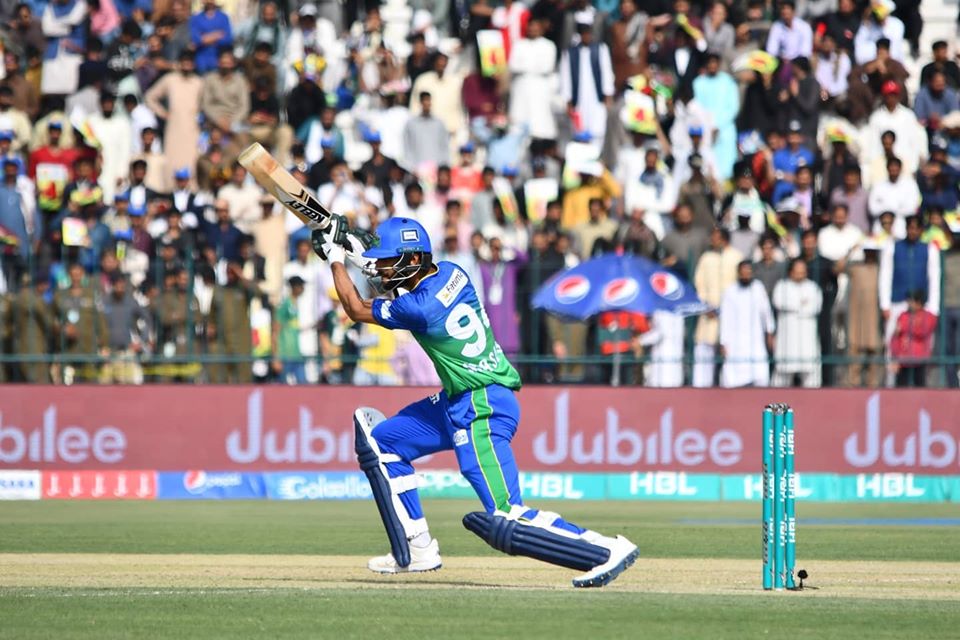